find out more about

Based in Newmarket, the headquarters of thoroughbred racing, William Knight Racing has a state of the art modern training yard and access to the finest training facilities run by The Jockey Club Estates. 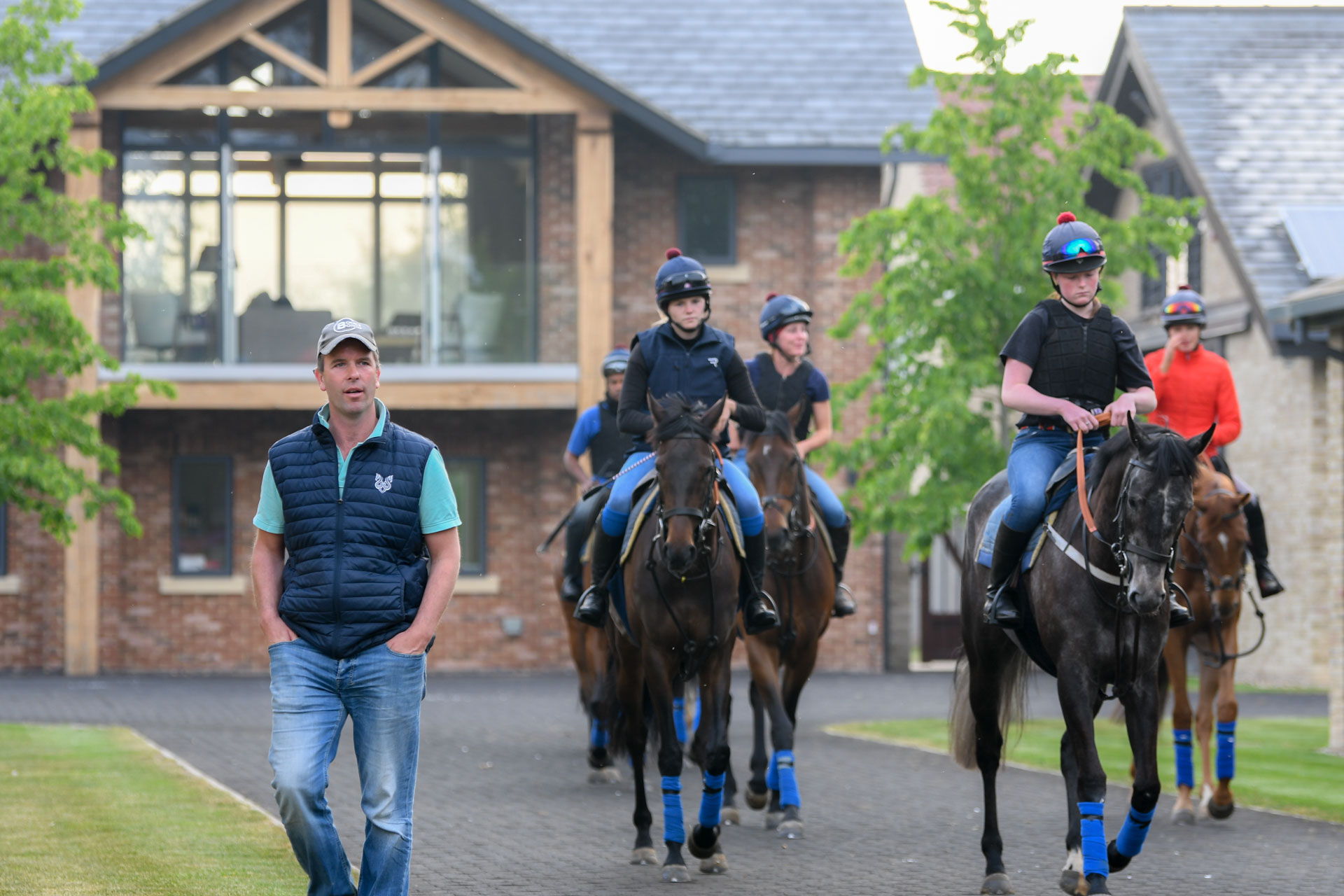 Since starting out on his own in 2006, William has built up a successful training operation.

‍There have been over 340 winners - including successes at Group 2, Group 3 and Listed level. William's biggest success story to date has been Illustrious Blue. The son of Dansili proved a real flag-bearer for the yard and, as a seven-year-old, he won the Group 2 Goodwood Cup and Group 3 Sagaro Stakes. That win at Goodwood, Illustrious Blue’s seventh at his local track, resulted in him being sold to Australian based owners for a tilt at the Melbourne Cup. It was a new challenge for Knight to prepare a horse to travel across the world to compete in ‘the race that stops the nation’ but once again Illustrious Blue did not let the side down and ran a tremendous race to finish ninth, earning his new connections £70,000.

William, an honours graduate in Equine Business Management at the Royal Agricultural College , Cirencester, has certainly got ticks in all the right boxes as far as doing the job to a high standard is concerned. He honed his horsemanship skills either side of the Millennium, performing key roles as assistant trainer to leading handlers John Hills and Ed Dunlop. With the latter, he spent five informative years, playing an integral part in the international successes of such names as champion filly Ouija Board, multiple Group 1 winner Lailani, Independence and other top-class horses.

In May 2020 William started a new chapter in his training career as he moved his team from Sussex's historic Angmering Park to the state of the art Rathmoy Stables in Newmarket.  Boasting some of the best facilities around, the yard has its own equine swimming pool, spa and treadmill. William's first season back at HQ was a resounding success, cementing the trainer's conviction that the move to Newmarket would help him move his operation forward. His first runner was a winner, in the form of SIR BUSKER who went on to greater things throughout the season. The then 4yo provided his trainer with his first Royal Ascot success before finishing second in a Group 2 at Goodwood and finishing the year with a fourth place in a Group 1 on Champions Day.

William heads into the 2021 season with his strongest team of horses for some time and is quietly confident and hopeful for a successful season.

We work hard to make it real!

The Danetime filly Marmaida gave William his first winner at Yarmouth on 1st June 2006. This was her racecourse debut and she beat her stablemate Straight Face by a neck.

August 2005: William is granted his training license and sets up William Knight Racing

Q&A with the boss!

What attracted you to training?

I grew up on a farm surrounded by horses and always had a huge passion for racing. After studying International Agriculture and Equine Business Management at the Royal Agricultural College, I went to work for John Hills as his assistant, which was my first proper job in the racing industry. I then spent five years as assistant to Ed Dunlop where I learnt a huge amount, which gave me the confidence to set up as a trainer in my own right. 2013 is my eighth year training and I haven't regretted a single moment!

What has been your biggest thrill to date?

It has to be Illustrious Blue winning the Group 2 Goodwood Cup.  He was a wonderful horse to train and won ten races for us including Group 2, Group 3 and Listed races plus a valuable Handicap in Dubai.  He also took us to Australia for the Melbourne Cup which was a wonderful experience.

What do you enjoy most about the job?

Obviously winning big races is a huge thrill, but I also find it extremely gratifying winning with any horse at an level. Getting a horse to fulfill its maximum potential is my aim, regardless of its ability.  On a day to day basis, when I stand up on the gallops watching the horses on a clear morning, with views across the heath stretching as far as Ely Cathedral, I think it can't get much better than this!

Who do you admire most in sport and why?

As I am a massive rugby union fan I think it has to be Jonny Wilkinson. His dedication, professionalism and achievements, in mu opinion, ultimately make him the best fly half England have ever had.

If you could have trained one horse, who would it have been?

I was fortunate to have been associated with some great fillies when I was assistant trainer to Ed Dunlop, such as Llalaini and Ouja Board, so continuing with the fillies it would have to be Enable. She's been a magnificent racehorse, captured the public imagination and continues to do so as a result of the sporting gesture of her owner keeping her in training for us all to enjoy.

What do you enjoy outside of racing?

As I mentioned before I enjoy watching rugby - both internationals and club rugby. I support Leicester Tigers, although I used to play for Wasps under 21's back in the day. In the summer I enjoy playing golf and in the winter months a bit of shooting. In between I like to spending as much time as I can with the girls, my wife Emily and daughters Zara and Georgina.

Thank you! Your submission has been received!
Oops! Something went wrong while submitting the form